At 350 m Colombo Lotus Tower will be the second tallest structure in South Asia. Two banquet halls will accommodate 450 people each, at 220 metres and 225 metres. At 235 metres there will be a revolving restaurant , while higher up are provided for telecommunication purposes. There will be eight elevators in the Tower, three of them elevators will be high speed elevators which will enable to reach the observation deck from the tower base in less than a minute. 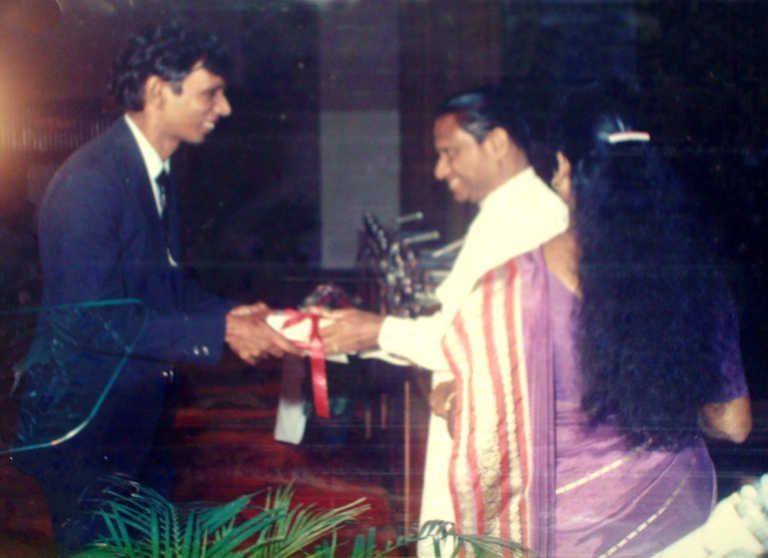 Receiving the IESL Fellowship from His Excellency President Ranasinghe Premadasa

Member - Sri Lanka Association for the Advancement of Science (SLAAS)